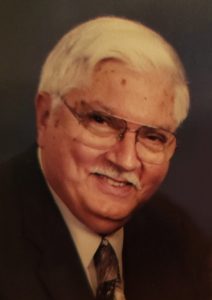 He was born on October 29, 1941 in Gilmore, OH to the late Ramer and Gwindolen Davis Henderson. He was a veteran of the U.S. Army stationed in Germany during the Vietnam War and married Sue E. Gardner in 1969 at the East Greenville United Methodist Church.  Ronnie retired from Will-Burt Co. of Orrville and was a member of the Massillon American Legion Post #0221, The Wilderness Center and the Western Reserve Cutlery Association.  He enjoyed watching his grandchildren at sporting events, working in his yard, and attending auctions with his wife.  He will be greatly missed.

He was preceded in death by his parents; brother, Virgil Davis; sister, Connie Holden; stepbrothers, Roy and Lee Davis; stepsister, Judy Huston; 3 sister in-laws and 2 brother in-laws. In addition to his wife of 52 years, Sue, he is survived by his children, Teresa (Jeff) Jager of Dalton, Rodney (Michelle) Davis of Pickerington, OH; grandchildren, Amber and Justin Jager and Hayden and Alex Davis; stepbrother in-law, Paul Huston; one sister in-law; 4 brothers in-law; many nieces, nephews, other family and friends.

Per Ronnie’s wishes, cremation has taken place and a private graveside service will be held at Dalton Cemetery.  The family wishes to express their appreciation to Ohio’s LifeCare Hospice of Wooster and all of his doctors, nurses and caregivers.  Memorials may be made to Ohio’s LifeCare Hospice, 1900 Akron Rd., Wooster, OH 44691, East Greenville United Methodist Church, 14539 Lincoln St. W., North Lawrence, OH 44666 or the charity of your choice.  Online obituary and guest registry are available at www.zakmonbarrenfh.com