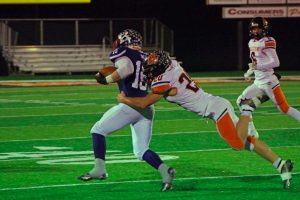 Tate Geiser hangs on for the tackle. 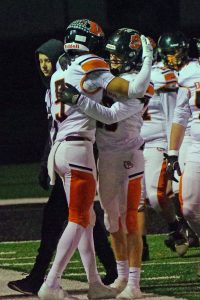 Jaiden Malone and Max Zoldak after the game. 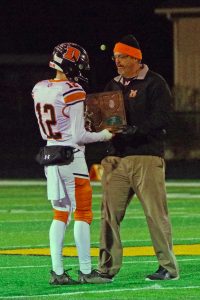 ALLIANCE  Sometimes it comes down to who has more dudes. For the past three weeks, Dalton had many more dudes than their opponents could handle. Skill positions. Linemen. Offense. Defense. Dalton simply put better players all over the field.

Saturday night in Marlington, Dalton ran into a Warren JFK team that could match Dalton in several areas. And as it turned out, JFK’s dudes were up for the challenge, ending Dalton’s season in the regional finals by a score of 20-13.

Dalton’s first two possessions were quite uneventful. A punt and a fumble gave the Eagles the opportunity to score first, but JFK was handled by the Dawg’s defense and the opening quarter ended in a 0-0 tie.

The Bulldogs struck first on a 4th and goal from the nine yard line. Ethan Stutz (7 for 23 1 TD 3 INT) threw a BB to Jaiden Malone (2 receptions, 39 yards, 1 TD) in the front corner of the end zone, and with a 7-0 lead, Dalton had the Eagles on their heels.

JFK did itself no favors as they were called for holding throughout the game. Several of the penalties negated long runs and halted drives. Despite the holds, JFK was able to drive the ball into Dalton territory on the ensuing possession. Malone put an end to the threat as he intercepted a pass at the 10, giving Dalton the ball, and the Bulldogs did not waste his effort.

Just before halftime, Dalton pushed their lead to 13-0 when Jaden Schlabach (23 carries 157 yards, 1 TD) hit a whole and sprinted 17 yards to paydirt. His score was set up by a gutsy 4th down call, a Cade Mullet fumble recovery that enabled Dalton to maintain possession, and a Stutz to Malone connection for 36 yards.

For the first time in the postseason, Dalton found itself in a game at halftime. Dalton had not been challenged like this perhaps all year. And JFK seemed somehow impressed with the talent Dalton came at them with. Both teams were about to throw their best punches in the second half, and JFK proved to have a slightly better chin for the last 24 minutes. 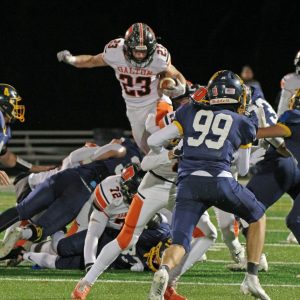 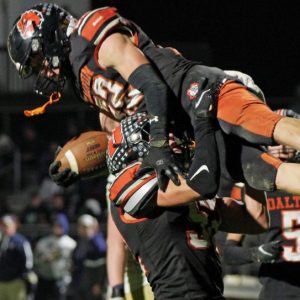 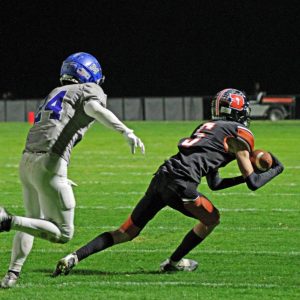 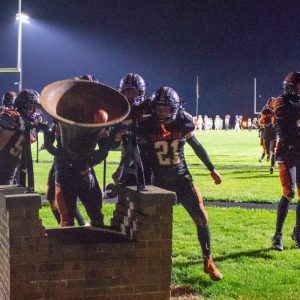 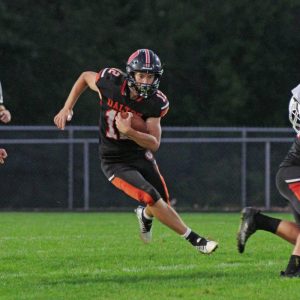