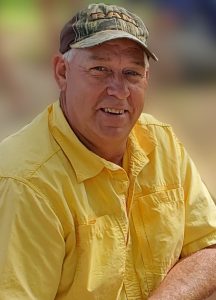 Donald E. Christman, 61, of North Lawrence, passed away on Wednesday, November 24, 2021 at Aultman Hospital.
He was born in Massillon on March 30, 1960 to the late Erwin and Alberta (Ritchie) Christman.  He married his high school sweetheart Valerie Pickens on Aug 29, 1981.
He was employed for many years at YRC.  He was an avid outdoorsman and enjoyed hunting and fishing.  He loved being with his family and spending time with his grandchildren.
In addition to his wife of 40 years, he is survived by a daughter, Michelle (Aaron) Meek of Brewster; grandchildren, Natalie, Deegan and Bennett; a sister, Jayne Warthan of Texas; and brothers, Robert (Nancy) Christman of Uniontown and James (Betty) Christman of California.

Friends and family are invited to call on Wednesday from 6:00 – 8:00 pm at the Spidell Funeral Home in Brewster.  Don would want everyone to dress casual.