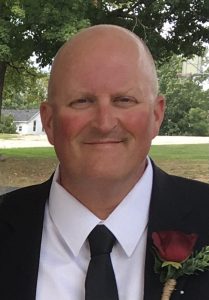 SMITHVILLE — Michael Stephen Turner born in Angola, Indiana on August 25, 1970, to Steve and Mary Turner of Marshallville, died on January 1, 2022 from an unexpected cause.
He married Rhonda Hall Turner on April 23, 1994, and started a beautiful family.  He is survived by his wife and two children, Matthew (Lorynn) Turner and daughter, Kara, his parents, Steve and Mary Turner, his sister, Gail (George) Ebey, and his nephew, Jake Hall. His son, Douglas Lee, preceded him in death.
Mike enjoyed the outdoors, animals, and his loving family. He worked for the Village of Smithville as Public Service Supervisor and was quite active with the Smithville United Methodist Church.
In keeping with his wishes, Cremation will take place and a private family gathering will be held. In lieu of flowers, memorial contributions can be made to a cause of your choice.
Auble Funeral Home in Orrville is handling the arrangements. Online registry and expressions of condolence may be made at www.aublefuneralhome.com.