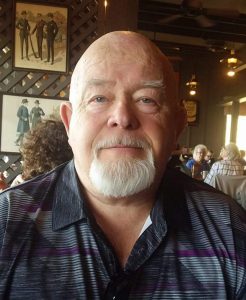 Orrville — Robert Marshall Derrickson, 78, of Orrville, died Monday, January 3, 2022, at Louis Stokes VA Medical Center in Cleveland, following a period of declining health.
Bob was born on July 11, 1943, in Brockton, Massachusetts, to the late Marshall and Esther (Elsmore) Derrickson, graduated from Abington (MA) High School, and served as a Lance Corporal in the United States Marines, working as a radio operator during the Bay of Pigs.
He was a self employed telephone installer, running Derrickson Communications for over 40 years, five of which were with his son, Richard.
Bob was a member of the VFW, American Legion, National Rifle Association, National Street Rod Association, Good Guys Rod and Custom Association, Knights Car Club and Wooster Cruisers Car Club. He also held an amateur radio (Ham) license and was an avid bowler in his younger years.  Bob enjoyed going to car shows and flea markets, working on cars, cooking, and attending his Platoon 182 reunions.
Surviving are his son, Richard (Marcella) Derrickson of Massillon; two daughters, Tracey Derrickson of Orrville and Krista Derrickson of Wooster; three grandchildren, Amber Derrickson, and Oliver and Charley Smith; and his girlfriend of 11 years, Pat Fish.
Graveside services will take place on January 28, 2022, at 10:45 am, at the Ohio Western Reserve National Cemetery in Rittman, where military rites will be observed.
Memorials may be made to a Veteran’s charity of the donor’s choice.
Auble Funeral Home in Orrville is handling the arrangements. Online registry and expressions of condolence may be made at www.aublefuneralhome.com.
Posted in Obituaries