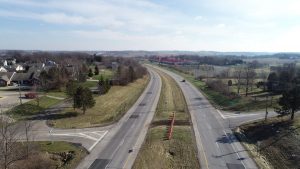 The closing of the Wenger Road crossing at U.S. 30 has been a big concern for residents in the area.

Scott A. Miller with the Wayne County Engineer’s Office sent the contents of this letter dated June 30 to Robert Weaver, deputy director of the Ohio Department of Transportation, District 3, regarding Wayne County public comment response for the US 30 Corridor Safety Study. The letter was made available to The DGKN thanks to the Village of Dalton.

“The Wayne County Commissioners, Village of Dalton, City of Orrville, Sugar Creek Township, Wayne County Farm Bureau, Wayne Economic Development Council and Wayne County Engineer has each received numerous comments from local constituents of various backgrounds that travel in and around the above referenced US 30 corridor safety study limits. We met and discussed the different comments from each of the Wayne County entities and decided that a single response letter addressing the major concerns would be more of unified response to ODOT than receiving six separate letters which may contain contradictory comments.

1. All proposed R-CUTS and Superstreets: There are concerns from slow moving vehicles which include semi-trucks, farming vehicles, horse drawn buggies, e-bikes and bicyclist of driving on US 30 in order to enter and exit the proposed R-CUTs. We propose extending the median lane to begin at the side road instead of 50′ east or west from the side road allowing traffic to enter directly into the R-CUT and extending the outside lane at the end of the R-CUT to the side road to prevent vehicles from merging back into US 30 traffic.

3. All existing cross road locations: There are concerns from the first responders of delayed service calls from the proposed R-CUTS, Superstreets and median closures. We propose that emergency vehicles will have the ability to cross at all existing road crossing locations.

5. Kidron Road WB: ODOT’s proposal to remove the left turn from US 30 WB to Kidron Road received verbal concerns from several individuals at the stakeholder meeting. We propose that ODOT install a half R-CUT west of Kidron Road by extending the proposed WB US 30 inside median lane to the west and allowing for U-Turn from WB to EB just east of the Kohler R-CUT.

6. Wenger Road Partial R-Cut: We propose updating this intersection from the proposed partial R-CUT to the west of Wenger Road to a full R-CUT. A full R-CUT at this location would allow for a quicker response time for all first responders from the northern to the southern portion of Dalton. It would also allow for quicker round trips for tankers to collect water from P Graham Dunn pond and return to the northern portion of Dalton. The closing of the median at Wenger Road has been a big concern from many residents in the area. Converting this intersection to the full R-CUT would help to appease these concerns.

7. SR 94 Superstreet: We agree with numerous constituents that this intersection was improved when the signal timing was updated by a traffic engineer in Columbus. We propose updating the signal phasing again allowing for more greenlight time for traffic on SR 94. This would help even more. Another option that would solve the problem completely is constructing an overpass on US 30 over SR 94. This is the location that has the most accidents therefore this is where the money should be spent. Revise the project allowing for more money to be spent in this location. A Superstreet at this location will drive local trucking businesses from using US 30 and potentially drive the company from the area. We do not agree that the Level of Service will be improved from an F to an A with a Superstreet at this location.

8. Cochran Street Median Removal: The proposal to remove the median access to US 30 EB will affect J. Horst Manufacturing directly. They ship super loads from their facility several times a year accessing US 30 EB from Cochran Street. Donald Rostofer has already received an email from Dave Forrer, Operations Coordinator for J. Horst Manufacturing on June 7, 2022 that supplied ODOT with their concerns and details of the shipping vehicle measurements. This comment is nothing more than reinforcement of this concern and how it may cause a local business to leave the area. We propose keeping the median open at this location or at least design the median so that if it is closed would still be accessible to J. Horst shipping operations.

We appreciate ODOT’s concern and interest in providing countermeasures to potentially alleviate accident rates along a portion of US 30 in Wayne County. We hope our recommendations along with the concerns of our constituents may be taken into consideration as this important project moves forward to the HISP Funding application phase in August 2022.

Please do not hesitate to contact any of the officials or directors that currently represent the public entities named in this letter. 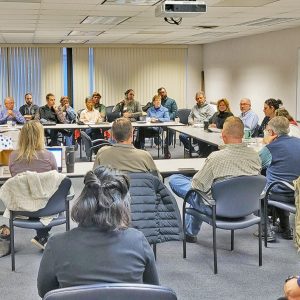