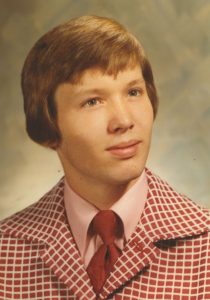 Bradley A. Rossiter, 63, of the Ohio Veterans Home in
Sandusky, passed away on August 8, 2022. He was born on
October 26, 1958 to Marilyn and the late Lanny Rossiter at
Massillon, OH. He was a 1978 graduate of Dalton High School.
He served his country in the U.S. Army. He was a Cleveland
Browns, Indians and Ohio State Buckeyes fan.
Brad is survived by his Mother, Marilyn Rossiter; Brother,
Marlan (Denise) Rossiter; Sister, Lynnette (Richard) Arner,
Nieces, Jamie (Derek)Saylor, Lindsay (Cliff Wagner) Rossiter,
Mackenzie Arner; Nephew, Andrew (Charly) Arner; great-
neices, Kaylee and Madison Landis. He was preceded in death
by his Father, Lanny Rossiter and nephew Justin Rossiter.
A Celebration of Brad’s life will be held at the Paquelet &
Arnold-Lynch Funeral Home on Saturday, August 13, 2022 at
11a.m. The family will receive friends at the funeral home from
10-11a.m. Burial will be at Newman Creek Cemetery. In lieu of
flowers donations in Brad’s memory can be made to the Jackson
Friends Church – 7945 Portage Rd. NW, Massillon, OH 44646.
To leave messages of sympathy and support go to
www.paquelet.com