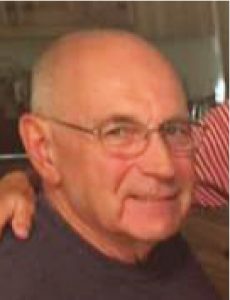 Ronald “Ron” L. Renner, 79, born April 6, 1943, in Massillon, passed away on Friday, Sept. 16, 2022, in a local hospital in San Antonio, Texas. He was preceded in death by his parents, Kenneth and Miriam Renner. He is survived by his wife, Linda, of Boerne; daughter, Robyn Martin; son, Ryan Renner; and four grandchildren, all of California. He is also survived by three sisters, Bonnie (Ray) Temple, Sally (Fred) Johnson, Holly (Roger) High, and a brother, Ted (Penny) Renner, all of Ohio, and one brother, Bob (Marg) Renner, in Colorado; and 13 nieces and nephews and 25 great-nieces and nephews.

Ron was originally from Dalton. He was raised on a farm and graduated from The Ohio State University and learned skills that stayed with him his entire life. He was a member of the Quarter Horse Association. He was employed by Superior Meats in Ohio for many years before moving to Texas. He was vice president for the Eastern Seed Company, from where he retired.

Ron flew homing pigeons for many years and for the past 16 years was a beekeeper in Boerne, Tex.

Ron had a lifetime of learning that he always shared, usually through a story that involved the farm he grew up on. That must’ve been an amazing place.

Ron was a great husband, father, and friend. He was loved by many and will be greatly missed.