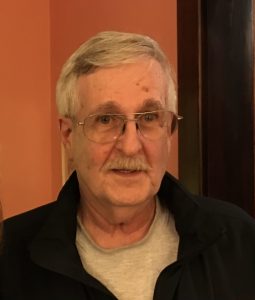 Smithville — Kim C. Bumgardner, age 72, of Smithville, died Wednesday, September 28, 2022, at Ohio’s Hospice LifeCare in Wooster, following a period of declining health.
Kim was born on December 27, 1949, in Medina, Ohio, to the late Charles and Joan (Shanower) Bumgardner, graduated from Smithville High School in 1968, and served as a Airman First Class in the United States Air Force during the Vietnam War.  He later received an Associates Degree from the Wooster Business College.
He worked as a Stationary Engineer and then as an Electrician for Morton Salt in Rittman for 44 years, retiring in 2012.
Kim enjoyed camping, motorcycle riding, NASCAR, and going to breakfast.  He served as Vice President of the Green Township Community and Preservation Society in Smithville.  Most of all he enjoyed time with his family, especially his granddaughter.
Surviving are his daughter, Gretchen (Michael) Miller; and granddaughter, Eva Miller, both of Lakewood; five siblings, Gary (Linda Schantz) Bumgardner of Wooster, Terry (Kathy) Bumgardner of Smithville, Cindy (Mike) Ringgenberg of Seville, Rick Bumgardner of Sterling, and Greg (Brynne) Bumgardner of Winterset, IA; and numerous nieces and nephews.
Friends may call on Tuesday, October 4, 2022, at Auble Funeral Home, 512 East Oak Street, Orrville, from 11:00 am to 12:15 pm.
Services will follow at 12:30 pm on Tuesday, at the funeral home, with Rev. Brian Burke officiating. Burial will take place at the Ohio Western Reserve National Cemetery in Seville, where military rites will be observed.
Memorials may be made to Ohio’s Hospice LifeCare, 1900 Akron Road, Wooster, OH 44691, www.lifecarehospice.org.
Online registry and expressions of condolence may be made at www.aublefuneralhome.com.
Posted in Obituaries