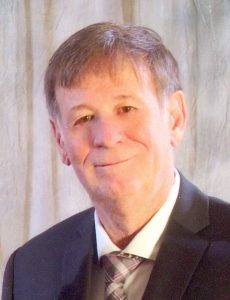 Marshallville — Robert James Musal Jr., age 73, of Marshallville, died Tuesday, September 27, 2022, at his residence in Marshallville, following a period of declining health.
Robert was born on May 21, 1949, in Cleveland, Ohio, to the late Robert and Mary (Mokren) Musal and married Shirley White on January 15, 1993, in Orrville. Shirley survives.
He graduated from Cuyahoga Falls High School in 1967 and The Ohio State University in 1975 and worked as a Electrical Engineer for NFM in Massillon, retiring in 2019.
Robert was a member of NEOLS Train Club. He enjoyed being a member of train clubs and loved to work on and help build miniature steam engines, the ones you sit on and ride.  He will also be remembered for his love of farming.
In addition to Shirley, surviving are sister, Janet (Steve) Kovach of Orrville; step-daughter, Deborah (Michael) Waxler of Montville; step-son, Bruce (Trisha) Hoag of Niles; 11 step-grandchildren and 5 step great-grandchildren.
There will be no services and cremation will take place. Burial of the ashes will be at St. Michael’s Cemetery in Marshallville.
Auble Funeral Home in Orrville is handling the arrangements. Online registry and expressions of condolence may be made at www.aublefuneralhome.com.
Posted in Obituaries