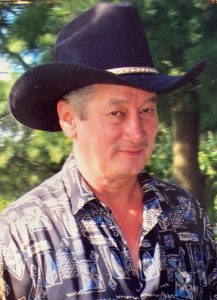 Albert “Chas”  Martin, 67, of Dalton, passed away on Thursday, September 29, 2022 at his home following a brief illness.
You could always find him playing hockey in his younger years and he was quite the local celebrity on the ice. He enjoyed spending time on their hobby farm and never missed the Wayne County Fair.
He was born in Ohsweken, Ontario, Canada on April 18, 1955 to Lloyd W. and Iverna J. (Montour) Martin and moved to this area in 1971.   He retired in 2020 from LUK in Wooster.
He married Pamela McElroy on May 23, 1974.
He is survived by his wife, Pamela Martin; a daughter, Kim (Monte) King; his mother Iverna.
Siblings  Daryl (Deenie) Martin,  Randy (Betty) Martin,  Terry (Sheila) Martin, Sheri (Martin) Cooke, Shauna (Chris) Martin. Monte (Karen) Martin.

Following his wishes cremation has taken place and there will be no services.