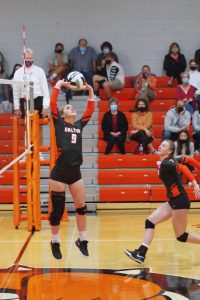 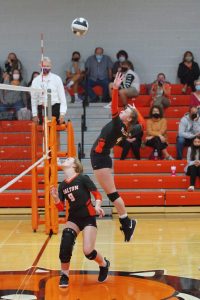 Adrianne Alger sets for the spike by Mia Weaver against Waynedale on Oct. 15. The Golden Bears won in five sets.

The Lady Dawgs hold the No. 2 seed in the Div. IV Northeast 3 sectional tournament. 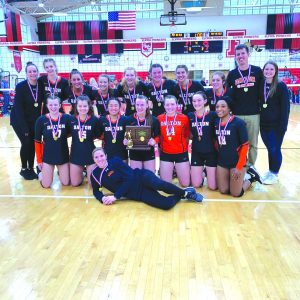