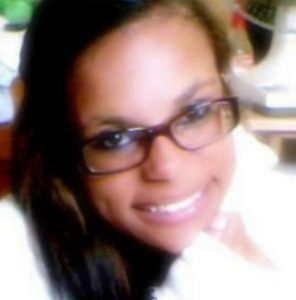 ORRVILLE A young Orrville mother is dead and an armed Maple Heights man found standing over her unconscious body was shot in the arm by police and taken to the hospital before being arrested.
Orrville Police Department responded to a call at 4:33 p.m. Jan. 6 for a man with a gun in the 200 block of Chateau Circle.
Upon arrival, officers encountered Kenneth J. Crenshaw, 33, of Maple Heights, in the parking lot of the apartment complex, according to a news release from the Orrville Police Department.
“Crenshaw was armed with a pistol while standing over the body of an unconscious female in a pool of blood,” the news release states.
The woman was identified as Jadea Jarvis. According to her obituary, the 25-year-old was a 2014 graduate of Orrville High School. She has two children. Online registry, condolences and donations may be made at www.aublefuneralhome.com, her obituary states.
Officers drew their service pistols and gave numerous commands to Crenshaw to drop the weapon, the news release continues.
“Crenshaw ignored the commands and repeatedly shouted at officers to “shoot me!” the news release states. “Officers fired at Crenshaw striking him on the right arm.”
Crenshaw was taken to Orrville Aultman Hospital and later to Aultman Hospital in Canton where he was treated for non-life threatening injuries. Jarvis was transported to Orrville Aultman Hospital where she died. Crenshaw was arrested by the Orrville Police Department at the hospital for aggravated murder and transported to the Wayne County Jail.
Besides the OPD, other agencies involved included: Orrville Fire Department, Ohio State Highway Patrol, Wayne County Sheriff’s Office, Wooster Police Department, MEDWAY Drug Enforcement Agency, Ohio Bureau of Criminal Investigation, and Wayne County Coroner. The Ohio Bureau of Criminal Investi-gation (BCI) responded to process the scene and investigate the officer-involved shooting as well as the homicide. Agents at the scene recovered the firearm used by Crenshaw. Three officers from the Orrville Police Department were involved in this incident. All three have been placed on administrative leave while the shooting is investigated, the release states.