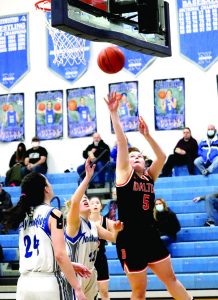 PHOTOS BY AMBER DOTY
Dalton sophomore Marley Clark goes up for a basket Feb. 4 against Northwestern. 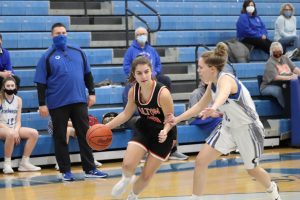 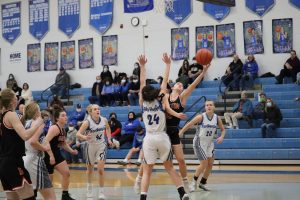 Dalton High School’s varsity girls basketball team had no problem taking down Northwestern in their first game of the week. Louisville gave the Lady Dawgs some trouble, but Dalton was able to secure the win.

Dalton took a trip to Northwestern Feb. 4 and efficiently defeated the Huskies 68-27. The Lady Dawgs started out fast with a 16-4 lead at the end of the first quarter. They had extended their lead to 39-11 at the halfway mark. The Huskies never scored more than eight points in a quarter.

“We played well on Thursday at Northwestern,” said Dalton’s head coach Katie Miller. “Northwestern has a nice team that we knew we needed to play well to win. We thought we got great minutes from a lot of our players throughout the game.”

Dalton had the same end result in their Feb. 6 home game against Louisville, but the Leopards kept close the whole game. The Lady Dawgs won 58-56.
The score was tied at 11-all by the end of the first quarter. Dalton held a narrow six-point lead at halftime. Louisville outscored Dalton in the third quarter, but the Lady Dawgs still led by two points. This helped Dalton hold on for the win since both teams scored 12 points in the final quarter.

Witmer snagged five boards. Clark ended with one rebound and one assist.
“Saturday, we knew it was going to be a tough game at home with Louisville,” said Katie Miller. “They have length and athleticism that we knew would pressure us for 32 minutes. Our guards did a great job grinding through the game and continuing to play. A great team win for us. Now we will get ready for Hillsdale and Tuslaw next week.” 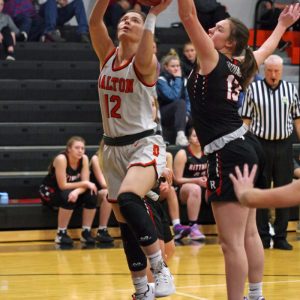 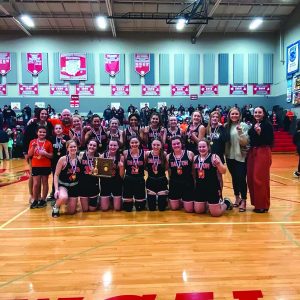