Dalton dominated host Smithville 11-1 April 27. The Lady Dawgs jumped out to a lead right off the bat when Lexi Vazquez sent a 3-run homer sailing over the right-center fence in the first inning. Both teams scored one run apiece in the third inning. Dalton built onto its lead in the fifth inning when Abbi Snyder and Vazquez both recorded RBI singles. Joey Reynolds and Abbi Snyder both drove in runs in the sixth inning with back-to-back singles. Emily Snyder and Vanessa Schwartzentruber both singled in runs in the seventh inning. An RBI-triple by Elle Mooney capped off Dalton’s 3-run seventh.
Cadence Casto received the win. She gave up one earned run on six hits, walked one hitter and struck out four.

Dalton hosted Smithville April 28 and the Lady Dawgs won 6-1. The Smithies took an early 1-run lead in the top of the first inning, but it was the only run they would score for the rest of the game. Dalton did not stay behind for long. Tess Denning singled in a run and Vazquez followed up with a 2-run homer in the bottom of the first to take the lead. Things were quiet until Dalton’s bats woke up in the fifth inning when Reynolds drove in two runs with a double. An RBI-single by Angelique Kosier in the sixth inning sealed the win for Dalton.
The win went to Ava Fivecoat. In her complete game, she gave up one earned run on three hits, issued three walks and struck out six hitters.

The highlight of the game was a 12-run second inning for the Lady Dawgs. Geiser and Chloe Simmons led with four hits and four RBI each. Marley Clark, Matea Martinez, Falb and Ava Nussbaum all had multiple hits in the game. Clark also recorded a triple. Geiser, Clark, Simmons, Wenger and Jordyn Peters combined to steal 10 bags. Dalton’s record is now 13-3 overall and 8-1 in the WCAL. 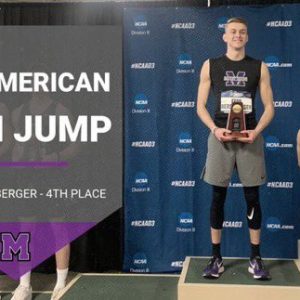