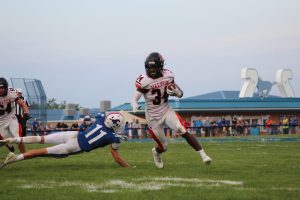 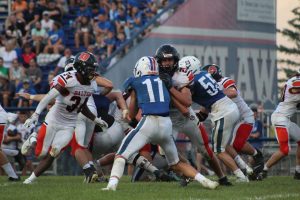 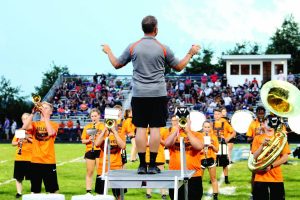 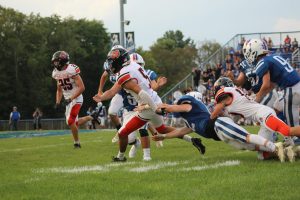 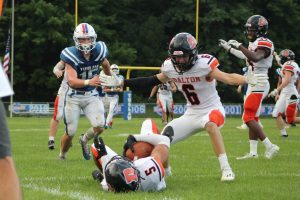 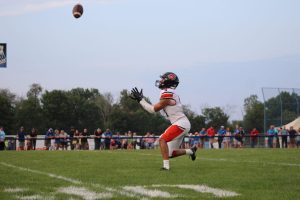 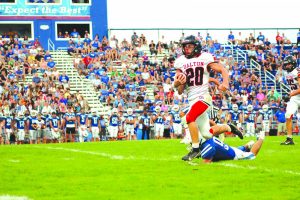 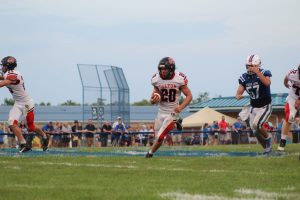 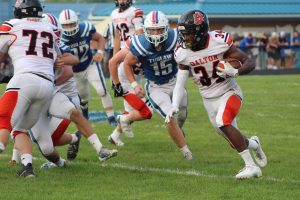 TUSCARAWAS TWP.  Just five minutes into the game Friday night at Tuslaw, Dalton’s Tate Geiser gave the Bulldogs the lead with a four yard touchdown run. The score completed a 77 yard drive that showcased Dalton’s running game, and since it worked so well, Dalton just kept running. When the dust settled, the Bulldogs left with a 35-7 win.

It would take the Bulldogs just four minutes to add to their lead. After holding Tuslaw to a three and out, Dalton went 57 yards, again all on the ground. This time, it was sophomore quarterback Ethan Stutz scrambling into the endzone from 10 yards out extending the lead to 14-0.

Less than a minute later, Dalton had the ball yet again thanks to a Jaiden Malone interception. Once again, Dalton went to the run game. Geiser hit a hole in the middle of the line and 55 yards later had his second score of the night. And with the first quarter coming to a close, Dalton held a convincing 21-0 lead.

Dalton’s offensive line created holes all night for their backs to fly through.

“We did a nice job of getting a hat on a hat,” Dalton coach Broc Dial said, speaking of his O line. “And our backs run hard when the ball is in their hands.”