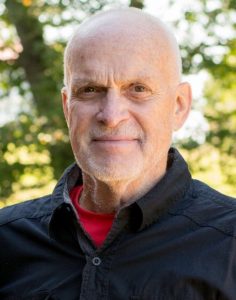 Arthur E. Neuenschwander, 69, of Dalton, entered his heavenly home on Tuesday, October 13, 2020 after a short battle with cancer.
Art’s firm faith in The Lord our God and his salvation through Jesus Christ brought peace to both him and to his family.
Art was an electrician by trade but a farmer at heart.  A true Christian businessman (Schwander Electric) in every sense, he was respected for how he treated others.  He valued and was blessed to have worked side by side with his son Jamie for 25 years.  For many years Art enjoyed his weekly card games and breakfasts with his friends.  A loyal and dear friend to many, he was a very special brother to his siblings, and enjoyed hosting many family campfires.
A man of strong convictions, he never wavered in his love for his wife of 49 years, Deborah (Wengerd) or his children Jennifer (Jeremy) Phillips and Jamie (Melena) Neuenschwander.  Some of his greatest joys came in his role as a Grandpa to Isaac & Allison Neuenschwander and Grace, Jake, and Lillian Phillips.  Breakfasts of donuts and eggs were always better with Grandpa.
In addition to his wife, children and grandchildren, Art is survived by his siblings Beulah (Carl) Geiser, Wayne Neuenschwander, Dean (Linda) Neuenschwander, Sherm (Connie) Neuenschwander, Curt (Carol) Neuenschwander, Mim (Perry) O’Dell and Jan (Steve) Amstutz; his sister-in-law, Dee Neuenschwander; and his mother-in-law, Edna Wengerd.
He was preceded in death by his father & mother, Menno J. & Elda (Steiner) Neuenschwander; his sister, Elaine Geiser; his brother, John Neuenschwander; and his father-in-law, Robert Wengerd.
A Celebration of Life will be held 4:00 pm Friday, October 23, 2020 at Kidron Mennonite Church.  A private family burial will be held at Arnold Cemetery.  There will be no calling hours.  Spidell Funeral Home in Mount Eaton is handling the arrangements.
The family gratefully declines flowers and requests any donations be made to the LifeCare Hospice in Wooster (https://www.ohioshospicelifecare.org).

They gratefully accept prayers and memories through the funeral home website at www.spidellfuneral.com.