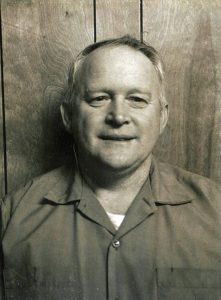 Noah D. Hershberger, 89, of Kidron, passed away on Sunday, December 6, 2020 at Accord Care Community in Orrville.

He was born in Wayne County on May 26, 1931 to the late Dan N. and Lizzie (Nisley) Hershberger and married Mary Miller on November 29, 1953.  She died January 28, 2012.
Noah served two years in 1-W service at a farm in Canton.  He retired from Superior Meats following 30 years of service. He was a member of the Wooster Mennonite Church.
He is survived by children, Leon (Esther) Hershberger of Wooster, Richard (Deb) Hershberger of Apple Creek, Donald (Ardis) Hershberger of Orrville, Ronald Hershberger of Dalton and Sharon Hershberger of Orrville; grandchildren, Travis, Tiffany, Teresa, Drew and Heidi; a step-granddaughter, Angie; six great grandchildren; and a sister, Lydia Hostetler of Pennsylvania.
In addition to his wife and parents, he was preceded in death by a grandson, Bryan Hershberger; 3 brothers; and 4 sisters.
Due to the current health conditions private family services will be held with burial in the Maple Grove Memorial Park.  Spidell Funeral Home in Mount Eaton is handling the arrangements.
Posted in Obituaries