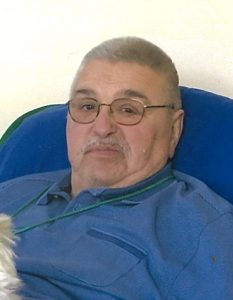 Paul Edward Indorf, 79, of Wooster, passed away on Tuesday, May 11, 2021 at Brookdale of Wooster.
He was born in Massillon on July 17, 1941 to the late Harold and Grace Indorf.
Paul married Norma Kay Froelich on December 21, 1963.  They were married for 48 years.  She passed away in 2010.  Paul and Norma were both teachers.  Paul taught at Wooster High School for 31 years.  During his time at Wooster, he was the head baseball coach and led student council activities.  Paul loved watching and going to Cleveland Indians baseball games.  He also enjoyed gardening, fishing, boating and spending time with his family.
Paul is survived by his daughters, Melissa (Andy) Arko of Wooster and Christine Indorf of Apple Creek; grandsons, Drew Arko and Samuel Indorf; brothers, Bill (Marcia) Indorf of Massillon and Larry (Judy) Indorf of Marblehead; sister-in-law, Ruth Froelich of Chicago, IL; and nieces and nephews.
In addition to his parents and Norma’s parents, John and Norma Froelich, he was preceded in death by his wife, Norma Indorf; and a brother-in-law, Richard Froelich.
A special thank you goes to Brookdale of Wooster caregivers and nurses for all of their love and compassion.  The family would also like to thank Brookdale Hospice for their care during this difficult time.
Funeral services will be held on Thursday at 11:00 am at the Spidell Funeral Home, 209 Chestnut Street, NW, Brewster, with Pastor Randy Moomaw officiating.  Burial will follow in the Stanwood Cemetery.  Friends may call on Thursday from 10-11:00 am prior to services.

In lieu of flowers, memorial contributions may be made Brookdale of Wooster Hospice, 1615 Cleveland Road, Wooster, OH 44691 or a charity of your choice.