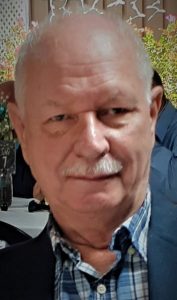 Born on March 1, 1950 in Peterborough, England to the late Thomas and Audrey (Foster) Mumford, he was a resident of North Lawrence for 9 months.  Previous to that, he and his wife, Janice had lived in Kansas since 2010, the Dalton area, and Toronto, Canada.  Dave’s last employment was with Rayco in Wooster but had spent many years with Brouwer Turf Equipment in Canada, and then with Steiner-Brouwer in Dalton.

A celebration of Dave’s life will be held privately by the family at a later date.  Online obituary and guest registry are available at www.zakmonbarrenfh.com