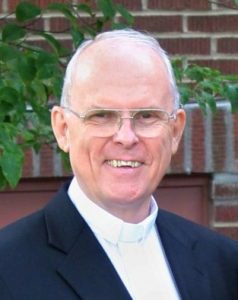 Navarre — Rev. Walter F. Jordan, Jr., age 82, of Navarre, formerly of Orrville, died Sunday, October 11, 2020, at Aultman Hospital in Canton, following a period of declining health.
Walt was born on May 13, 1938, in Goes Station, Ohio, to Walter and Gladys (Payne) Jordan, graduated from Springfield High School in 1958, and received his Masters of Divinity Degree from Capital University in 1979.  He served as an Airman First Class in the United States Air Force during Vietnam era.  He married Janice M. Morgan on January 30, 1960, in Springfield, Ohio and she survives.
He previously worked as a Draftsman for the William-Bayley Company and then served as the Pastor for Augsburg Lutheran Church in Orrville for 16 years, retiring in 2003.  In his retirement, he served as an Interim Pastor for several Lutheran churches.
Walt was a former North East Ohio Synod Council member, a member and past president of the Orrville Ministerial Association, and a former Orrville City Council member. He enjoyed fishing, music, writing, reading, and spending time with his family.
Surviving in addition to his wife, Janice, are two daughters, Lisa Marie Lunce and Jennifer Kay (George) Barrett, both of Orrville; four grandchildren Christopher (Danielle) Lunce, Aaron Lunce, Joshua (Stacey) Barrett, and Lauren Barrett; two great grandchildren: Wade Ubelhart and Gertrude Lunce; and one brother Hugh (Sally) Jordan of Piqua; and numerous nieces and nephews.
He was preceded in death by his parents: three sisters; Virginia (Russell) Brackney of Lafayette, Vera (Harry) Weaver of Springfield, and Norma (Golden) McKee of Springfield; one brother, James (Roxie) Jordan of Huber Heights.
Private family services will be held and a public memorial service will be announced at a later date.  Burial will take place at Crown Hill Cemetery in Orrville.
In lieu of flowers, memorials may be made to Augsburg Lutheran Church Memorial Fund,140 West Water Street, Orrville, Ohio 44667.
Auble Funeral Home in Orrville is handling the arrangements. Online registry and expressions of condolence may be made at www.aublefuneralhome.com.
Posted in Obituaries, Uncategorized