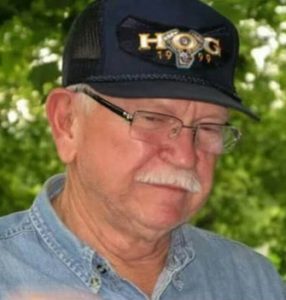 John Mercer “Pud” Viront, age 81, of Massillon, died Friday, December 18, 2020, following a prolonged illness.
Pud was born April 25, 1939 to the late John Louis Viront and Katherine (Mercer) Viront McCool. He married his high school sweetheart, Judy Lou (Savage) Viront on December 13, 1958.  Pud was a 1957 graduate of Brewster High School, and was the former owner of the JMV Insurance Agency in Brewster, OH, where he had a long career as an independent insurance agent until his retirement. He was a member of the Masonic Lodge.
In addition to his parents, he was preceded in death by his beloved wife, Judy, of 43 years, on April 20, 2002.  He is survived by his step-father, Jack McCool of Brewster; his sons, Mitchell Viront of Beach City and John “David” (Joleen) Viront of North Lawrence. He was the proud Popo of five grandchildren, Lindsey (Bernie) Marucci, Scott (Taylor) Viront, and John A., James, and Joe Viront; two great-grandchildren, Antonio and Dominic Marucci; sisters Lillis “Teenie” (Bob) Eick and Yvonne “Abby” (Dave) Garber; brother-in-law, David (Bonnie) Savage; and numerous nieces and nephews.
Pud will be remembered for his wonderful sense of humor that brightened the lives of those around him. He loved spending time with friends and family at his Atwood Lake cabin. Pud also enjoyed many hobbies over the years including wood-working, painting, gardening, bicycling and riding his Harley.

A graveside service for immediate family will be held December 22, 2020 at the Union Lawn Cemetery in Navarre. Spidell Funeral Home in Brewster is handling the arrangements.