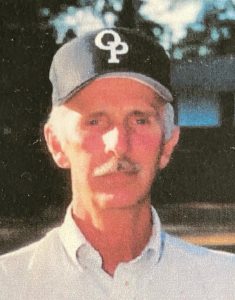 Ron was born on June 13, 1939, in Orrville, to the late Ward and Grace (Mackey) Birkbeck, attended Orrville High School, graduated from Smithville High School in 1957, and served in the United States Navy from 1957 to 1960.  He married Louella Joy “Cookie” (Shane) on September 17, 1966, in Orrville. Cookie survives.

He was hired by the Orrville Municipal Utilities in 1960 as a laborer, working his way up over the next 38 years before retiring in 1998 as the Assistant Director of Public Utilities.

A three-sport varsity athlete in high school, Ron continued playing sports for many years.  First, on the baseball and basketball teams of his Naval base, and later as a member of several area fast-pitch softball teams, including Orr Parks and Shearer Implement. He later spent time managing Orr Parks, but above all else his priority was his family.  Nothing was ever more important to him than being engaged in the activities of his children, and later his grandchildren.

In addition to his wife, Cookie, he is survived by a daughter, April (David) MacDonald of Amesbury, MA; son, Matt (Kristen) Birkbeck of Copley; four grandchildren, Marin and Andrew MacDonald, and Delaney and Lola Joy Birkbeck; and a brother, Larry (Pat) Birkbeck of Orrville.

There will be no formal services, but an online tribute page can be viewed at https://www.myfarewelling.com/memorial/ronald-birkbeck and memorial contributions may be made to Ohio’s Hospice LifeCare,1900 Akron Road, Wooster, OH, 44691 www.lifecarehospice.org.

Online registry and expressions of condolence may also be made at www.aublefuneralhome.com.