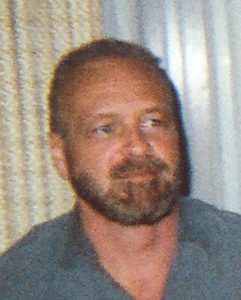 WOOSTER — John D, Wagner, age 59, of Wooster, formerly of Orrville, died Saturday, January 1, 2022, at his home in Wooster.
John was born on May 24, 1962, in Orrville, to Lynwood and Carole (McGreevy) Wagner and graduated from Orrville High School in 1980 where he was on the wrestling team.  He received a Bachelor’s Degree in Business from the University of Akron and worked for several local companies including for Rosemount and JLG in Orrville, Artiflex in Wooster, and  last worked for Goodwill Industries in Wooster.
John enjoyed outdoor activities including fishing and hunting, as well as waterskiing in his younger years.
Surviving are his mother and step-father, Carole and Terry Paxton of Orrville; brother, Jim (Susan) Wagner of Wooster; sisters-in-law, Shelley Wagner of Medina and Tammy Wagner of FL; step-sister, Lorie (Bob) Stimpert of Wooster; step-brother, Mark (Caroline) Paxton of AZ; and numerous nieces and nephews.
He was preceded in death by his father, Lynwood Wagner; and brothers, Joe and Jeff Wagner.
There will be no services and cremation will take place.
Memorials may be made to OneEighty, 104 Spink Street, Wooster, OH 44691, one-eighty.org.
Auble Funeral Home in Orrville is handling the arrangements. Online registry and expressions of condolence may be made at www.aublefuneralhome.com.
Posted in Obituaries