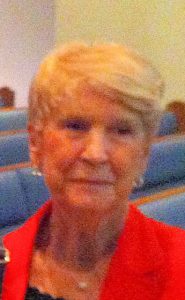 Rita Louise Davidoff (Contrael), age 89, of Orrville, passed away peacefully on January 10, 2022, having lived a full life as a beloved wife, mother, grandmother and sister.
Rita was born on March 20, 1932 in Vandergrift, Pennsylvania, to John and Louise Contrael. She graduated from Vandergrift High School in 1950 and moved to Cleveland, Ohio where she met and later married Ronald Davidoff on August 12, 1956.
She began working in Cleveland and held various clerical/office positions throughout her career and did some fashion modeling work as well. A significant portion of her life was dedicated to working as a homemaker raising her 5 children.
Rita was a devoted wife, mother and grandmother. She loved spending time with family and always enjoyed sharing laughs with her grandchildren. She adored all animals, advocated for their care and helped many strays find homes. Rita also loved traveling to Florida during the winter time.
Rita is survived by her husband Ronald, and four children, Rhonda (Dave) Gnatowski, Ronnie Davidoff, Randy (Liz) Davidoff, Rick (Maureen) Davidoff, her sister Sally Olinger and 5 grandchildren, Matt (Karen) Davidoff, Katie Davidoff, Sally Davidoff, Riley Davidoff, and Nick Davidoff.
She was preceded in death by her sister, Joan Yedlicka and her son Roger Davidoff.
A private service will be held at a later date.
Memorials may be made to the Wayne County Humane Society in Wooster, Ohio www.wchs.org.
Posted in Obituaries