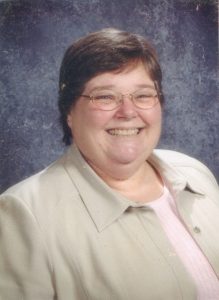 Judy was born on August 18, 1951, in Elyria, Ohio, to the late John “Jack” and Edna “Lee” (Shreve) Hottenrott and graduated from Midview High School in Grafton with the class of 1969 and from Ashland College in 1973 with a Bachelor’s degree in Music Education and Drivers Education and later added a degree in Special Education. After graduation, Judy was hired to teach at South Amherst Schools. She married Terry L. Robinson on June 8, 1974, in Elyria, Ohio, and they have been happily married for the last 47 years.

After marriage, she and Terry moved to Orrville where she taught in the Wayne County area. In 1975, she, along with her husband, was hired to be house parents at Down’s Residence Hall for the Richland County Children’s Services. Then she worked as a teacher for Mansfield City Schools for a few years until she took a position in special education with Mansfield-Madison schools where she worked for over 25 years, retiring in 2006. In retirement, she worked for Kroger’s at the Fuel Stations in Mansfield and Westerville.

Music was a passion for Judy. She enjoyed singing, playing the flute, and being part of the church bell choir. She sang in the barbershop quartet “Sweet Adeline’s”, the church choir in Orrville and Mansfield, and sang with her husband in the Billy Graham Crusade Choir in Mansfield. When she was younger, she played the flute and the piccolo in her high school and college marching bands, and even traveled to Japan with MYI to perform. During college, she performed and traveled with the Ashland College choir across the US and Europe. She also enjoyed gardening, taking care of her indoor plants, traveling, and was a prolific knitter, making items such as sweaters and afghans.  She loved working Bingo on the weekends at St. Pete’s, and was director of the puppet team at the Madison schools.

She was preceded in death by her parents, her sister-in-law, Becky Robinson, and her in-laws, Rita and Clare Robinson.

Services will be held at 1:30 pm on Tuesday, at Trinity United Methodist Church, with Pastor Charles Tobias officiating. Burial will take place at the Crown Hill Cemetery in Orrville. 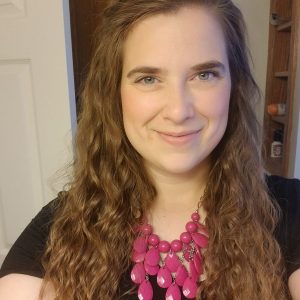 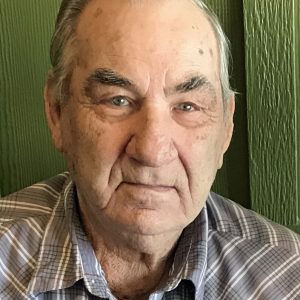